The buzz cut is considered an invariable classic, which gives the image a neat and well-groomed appearance. This hairstyle is characterized by short-cropped hair, shaved temples and the back of the head, which at the same time looks masculine, brutal and elegant.

It is believed that the men’s buzz cut was widespread among the military due to its practicality because any soldier could have a haircut on his own or ask for help from his comrade without experience in this area. In particular, this hairstyle was often resorted to during the Second World War. Recruits were cut short with an electronic clipper or hand trimmer before starting military training. In such conditions, the advantage was not only the convenience of the haircut, but also its hygienic advantage because the servicemen were crowded in rather small rooms, buzz cut was effective in the fight against head lice.

The uniform hairstyle of the soldiers was also used to level out individuality. This significantly raised the team spirit and created a sense of cohesion. Many military personnel became so accustomed to the convenience and practicality of the buzz cut that they continued to wear it even after serving in the army. In addition, in the middle of the last century, the hairstyle began to be popular among fans of the same type of wrestling and professional athletes. This was due to the convenience during intense training and fighting, since the hair did not distract from the fight.

Today, the haircut is loved not only by professional athletes and soldiers: it is chosen by millions of men in the world, in particular famous actors, football players and musicians. 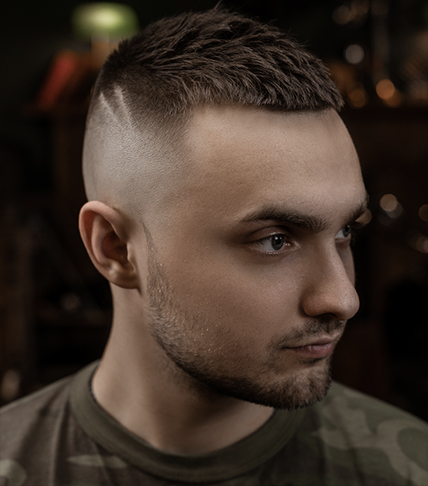 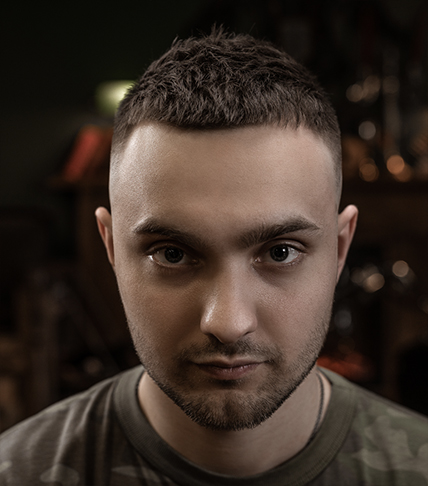 Features and benefits of buzz cut

This hairstyle is likely to always be popular and trending due to its versatility and practicality. Lovers of conciseness and restrained accuracy give preference to buzz cut. The main features of a haircut include:

The buzz cut can be of several options. The following types of hairstyles are conventionally distinguished:

The buzz cut and crew cut: the main differences

These two hairstyles are undoubtedly the most demanded and popular among men. The main difference is the length of the curls at the crown. For a crew cut, up to 10 cm is left: the overwhelming majority prefer a length of 5-6 cm. Thanks to this, the owner of a haircut can experiment with styling and modeling. Thus, a crew cut is not as functional and practical as a buzz cut, but at the same time it will create an attractive image for both owners of curly hair and owners of straight hair. Boxing looks stricter and laconic in comparison with crew cut, so businessmen give it an advantage.

Who should choose a buzz cut?

The hairstyle will suit any man, regardless of age, hair color and face shape. Such a haircut allows you to favorably highlight all the advantages, add masculinity and brutality.

This look can be called an ideal option for men with unruly hair, prone to rapid pollution, since in this case daily styling and washing are not required. This image looks especially attractive on a freshly washed head.

Men with curly hair should refuse boxing, as it will look unkempt and sloppy. It is also not recommended choosing this haircut for the stronger sex with visible defects on the scalp and asymmetrical facial features, since the classic boxing will only highlight and emphasize it. Such men should pay attention to elongated hairstyles: British, undercut, pompadour, etc.

Which haircut is shorter: crew cut or buzz cut?

A buzz cut is stricter and more accurate than a crew cut. The transition between long hair and short hair is located closer to the crown, and the hair itself is shorter.

Who is the buzz cut suitable for?

A buzz cut is suitable for almost every man with any type of face. The only limitation is the curly structure of the hair or visible defects in the epidermis.