Today there is a huge number of interesting hairstyles for the stronger sex, which harmoniously emphasize the individual features of the face. These include a crew cut, which is a classic version of a man’s haircut.

Its peculiarity is versatility and practicality: such a hairstyle is not only visually attractive, but also comfortable to wear. A crew cut is suitable for almost every man and will focus on facial features.

The history of the appearance of the crew cut

Even before the founding of the States, when the Continental Army was created, recruits were forbidden to wear long hair. The style of haircuts of the soldiers of that time became the basis for creating a crew cut. The modern style of haircuts comes from the Yale University rowing team. Later, other teams at Harvard and Princeton adopted the method of cutting hair.

Men’s crew cut were popular with athletes and soldiers due to their unpretentious care. The hair did not need to be additionally styled, it did not get into the eyes and did not get in the way during work. Today, such a hairstyle is done not only because it is distinguished by its practicality, but also because it looks spectacular, extravagant and neat.

What is a crew cut and what are its advantages

The crew cut is a short haircut. The longest hair, up to 8 centimeters, remains near the parietal zone. The length of other sections does not exceed 5 centimeters. A notable feature of the hairstyle is a smooth, almost imperceptible transition from short hair near the temples and the back of the head to longer. The advantage of a haircut is its versatility, thanks to which it looks good on any hair. In addition, crew cut gives a man a masculine look, making his image more brutal, sexy and masculine. 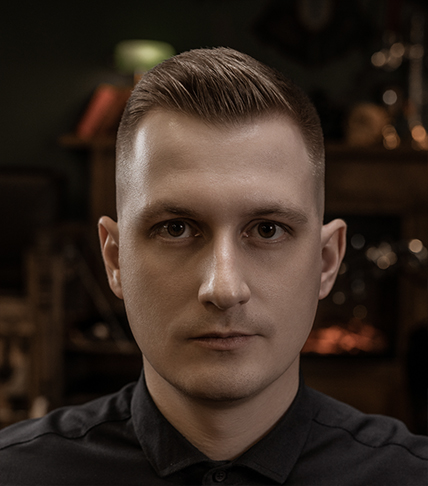 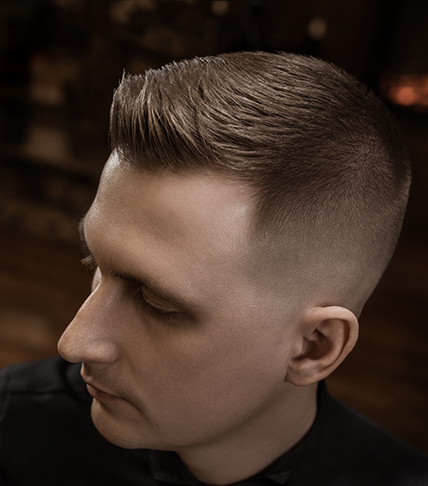 Who is suitable for a crew cut

Favorably, men’s crew cut will look at the owners of:

Representatives of the stronger sex with elongated and elongated face shapes should be treated with caution in the crew cut. If you experience any difficulty with the choice, check out a photo of crew cut on Frisor site’s.

The crew cut is perfect for owners of thick and straight hair. On curly hair, the hairstyle will also look stylish, but subject to the competence and professionalism of the master. It should be noted that this haircut is not suitable for men with a thin physique. On the contrary, for athletic and muscular representatives, it will be the perfect complement to the image.

How to properly care for your haircut

Unpretentious care is one of the main reasons why men love crew cut. It doesn’t matter what type, structure or how coarse your hair is, regular shampooing is enough to maintain an attractive appearance. Do not forget that the hairstyle must be regularly updated to prevent it from losing its original shape. Hair growth for each person is individual, so you must determine the need for a trip to the barbershop yourself.

If you want to experiment and diversify your hairstyle, there are many crew cut photos on the Internet with different styling for every fantasy. Use a specialized styling wax or gel as needed, or add volume to your hair with a hairdryer.

Buzz cut and crew cut: what are the differences?

In fact, these two hairstyles are identical in their technology. The crew cut is one of the varieties of buzz cut. The main difference between these two haircuts is the length. It is typical for buzz to cut the hair at the crown of no more than 3-4 centimeters, while the temples and the back of the head are cut very short. To create the shape, the master uses a special typewriter and scissors.

What is the difference between crew cut and buzz cut?

How long should the hair be in a crew cut?

In a classic haircut, the hair length at the crown is no more than 3-4 centimeters.

Who is the crew cut suitable for?