The flattop is a hairstyle variation of the butch cut. The difference lies in the hair on the top of the head usually standing upright and cut to form a flat-appearing deck. Therefore, the hairstyle becomes visually square. This style can be achieved usually by shaving the sides and back of the head with electric clippers followed by a complicated procedure of hair alignment, giving the head its signature flatness. In addition, wax can be used for shaping. In order to keep your hair in order, you might have to make frequent visits to the hairdresser, sometimes from once a week. With proper care, it can create a neat and elegant appearance practically any man.

After the war, the soldiers who served in Europe and the Pacific, returned home and became part of the civilian labor force. They kept their haircut and changed their army gear for gray flannelly costumes. During the 1950s, men were not particularly inclined to the diversity of their clothes or hairstyles. 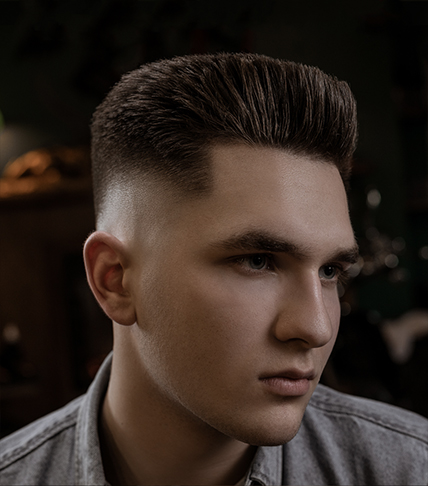 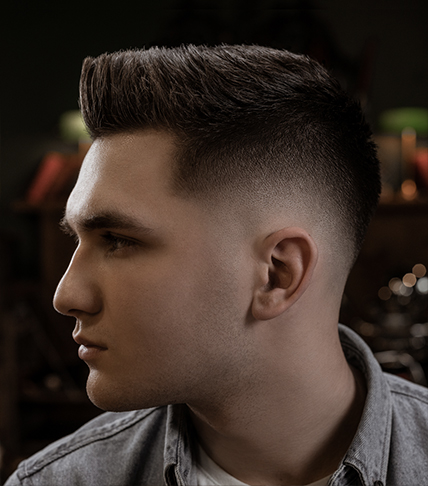 The flattop was the preferred choice of men who sought to meet the expectations of society. The Beatles in the first lines of their song «Come Together» mentioned the flattop and its relationship with social conservatism. The flattop kept a loyal following from the time of its appearance. It was very popular in the postwar period, especially among young men, athletes and blue-collar workers, but it began to decline during the unisex hair movement of the late 1960s and 1970s. The fashion for flattops rose once more in the 1980s and early 1990s, before going out again. Hollywood helped to resurrect the popularity of the style for a short time. People saw the flattop on the screens worn by such movie stars as Arnold Schwarzenegger, Dolph Lundgren in “Rocky 4” and Tom Hanks in “Forrest Gump”. Also several representatives of the musical scene strove to be embedded in the memories of the audience with their appearance and extraordinary hairstyles. Thanks to renewed interest in traditional barbershops, which began in the mid-2000s, the flattop reappeared on the heads of young boys and men once again.

Rating: 5.00/5. From 1 vote.
Please wait...
Registration of the User on the Resource and its further use means full and unconditional acceptance of the user agreement