UNDERCUT: A HAIRCUT FOR MODERN MEN

The Undercut is a popular modern haircut that combines creative intervention on both the top and bottom of the scalp. Over the century, the haircut has undergone many changes, but at all times it has remained a trend among representatives of various segments of the population: ordinary workers and office workers, soldiers, students, doctors and artists.

The story of Undercut

The Undercut haircut has been popular for over 100 years. Initially, it was worn by soldiers of the British army during the First World War, and after a while, the convenience and practicality were appreciated by the German military. The length of the hairstyle did not interfere and allowed the battle to be fought without being distracted, which was especially appreciated at the front. In the post-war period, the fashion for men’s Undercut spread among the civilian population: students and applicants especially fell in love with the hairstyle in the 20s of the twentieth century.

It was around this time that the undercut back began to become popular with the hipsters in the United States. At the same time, the emergence of hippie-type subcultures in the 50-60s of the last century displaced such an exquisite haircut from the pedestal of the championship in popularity.

Further, surges in popularity were observed in the 80s and in 2010. The undercut haircut has not lost its relevance even now. 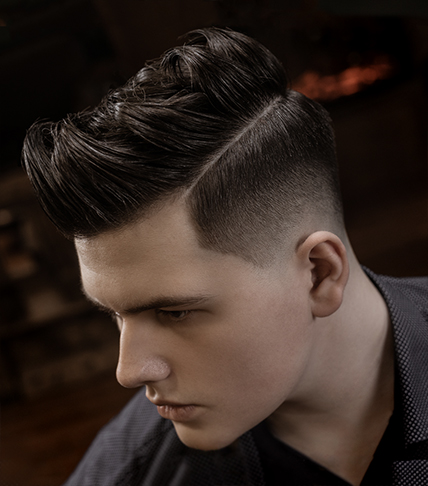 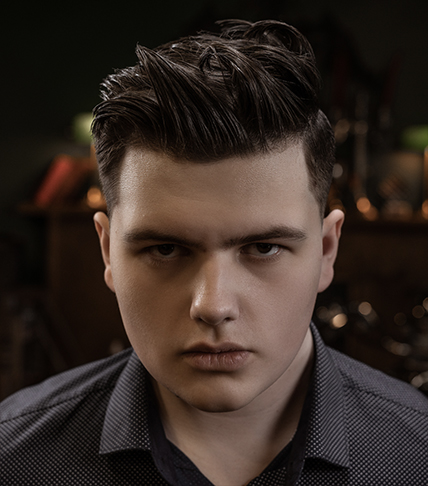 The differences between the undercut hairstyles are in the length and structure of the hair. The most common types of haircuts include:

You can often hear how the short Undercut is called “military”, which only confirms its popularity among the military personnel of the last century.

Who is the Undercut recommended for?

The haircut is suitable for men of all ages, but in some cases it will not look as organic and harmonious as we would like. Pay attention to the undercut:

Undercut on wavy and curly hair is also not a problem for a professional masters from Frisor, however, the need for daily care will become many times higher.

Who should abandon hairstyles Undercut

The main feature of the Undercut is the presence of long bangs and strands on the crown of the head, with a short-shaven temporo-occipital region. Such a sharp transition looks great and creates a vivid image, but not for everyone. It is not recommended doing an Undercut in the following cases:

The Undercut can be styled in different ways. As a rule, gels, foams and fixatives are used for this purpose, although some can style their hair in a stunning hairstyle without cosmetics just by using a hairdryer.

The most popular Undercut options

The many haircut options allow you to experiment with the image. This is how the modifications of the classic British haircut that are in demand today appeared:

Undercut is a hairstyle that requires careful daily grooming and styling. To look well-groomed and effective every day, you should use a variety of styling lotions, gels and lipsticks.

Features of the Undercut technique?

The peculiarity of this hairstyle is that the transition of the hair between the top and the temples is not smooth, so the technique of execution is very important. It is important to consult a professional barber.

How to install an Undercut?

Depending on the length of the hair, the Undercut is styled differently. The barbershop masters will help you to choose the means for styling.

How often should you update your hairstyle?

You should visit the master at regular intervals once a month.